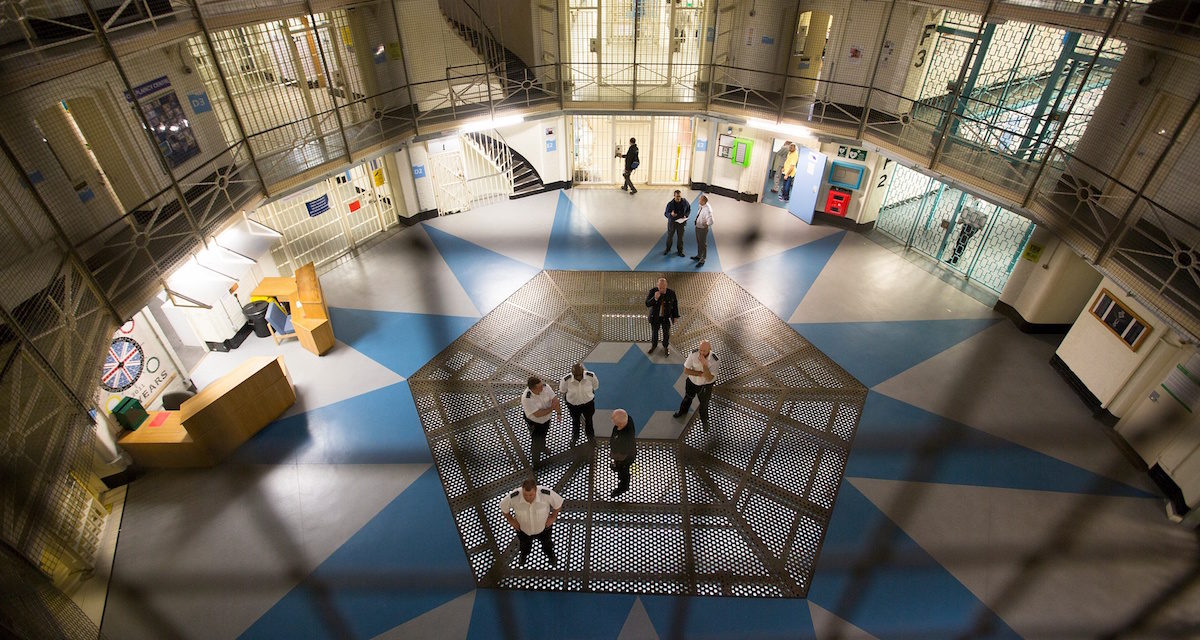 British prison staff and local council members credit a Three Principles-based programme for some dramatic changes they’ve seen in inmates. They say it also offers the best hope for change in terms of individual behaviour as well as prison reform.

Origins of Beyond Recovery

At first glance, Jacqueline Hollows might seem an unlikely candidate to become someone who goes into prisons to help people turn their lives around.

An information technology specialist by training, Jacqueline was looking for a career change after losing her job to redundancy in 2010 when she heard about the Three Principles and enrolled in the Supercoach program: a coach-training program led by author and coach Michael Neill. She admits that she did not “get it” then.

Jacqueline’s deeper understanding came later, after volunteering to work with a friend’s non-profit group. She helped out on a video shoot documenting some of the group’s clients – people in drug and alcohol recovery – and wound up meeting quite a few who had served time in prison. The experience with them opened her mind to new possibilities.

“They were amazing”, she said. “They were resilient, but I could see they were holding themselves back.”

Jacqueline said that with the Principles in the back of her mind, she had difficulty accepting the recovery mantra of once an addict always an addict.

“I thought intuitively ‘that can’t be right.’ Addiction is a disease?”

— Read the rest of the story below

Scott Davidson, a service manager at one of the three UK prisons where Beyond Recovery is currently working, has high compliments for the programme.

“After training and being given greater opportunity to gain further insight into the three principles, I now see it as being better than all the interventions I have ever seen or used.”

Scott said he has witnessed some dramatic behavioural changes in prisoners.

The Northamptonshire County Council has also seen the results, enough to continue funding the programme for a second year, this time including staff in the training.

(Photograph: Graeme Robertson for the Guardian)

In a letter supporting the program, the Council’s Ian Fulton wrote that “The emerging results are encouraging and impressive.” He is the criminal justice intervention manager for the council’s Public Health & Wellbeing Directorate.

The programme, Scott said, has had a ripple effect on staff at the prison – including himself.

“I have seen a dramatic effect on my wellbeing and my ability to deal with what is perceived by many to be a very dangerous and stressful environment,” he said. “I am no longer as emotionally affected by thoughts because I see them for what they are: thoughts”.

Aaron Turner, PhD., has observed the programme and has also seen prisoners experience remarkable change. He is co-founder and managing partner in One Thought Limited, which has worked for several years sharing the Three Principles with companies to help them find success.

“Beyond Recovery are doing profound and important work that has the ability to completely reorder the criminal justice system,” Aaron said.

On his first visit, he saw men who felt resigned and trapped in a very restricted view of themselves. After some initial training, he said they saw they had more than one option in their lives.

“They seemed inspired and thrilled with their ability to feel better and be better.”

These observations led Aaron to question the approach the prison system takes.

“I could not help wonder how our whole system would adjust if this potential for real change became a recognized and accepted part of rehabilitation.”

Scott said he also no longer sees the traditional approaches to treatment as being all that effective.

“I don’t know why we do this, other than some misguided belief that by doing so we can make them feel guilty for what they did and spur them to make changes,” he said. “I also think that the desire to address the risk people present has spurred psychological services in prisons to be more concerned with evidencing that they have challenged risky behaviour than actually helping prisoners to address that risky behaviour through personal insight.”

When the first year of the program came up for renewal in the summer, Scott gave it his endorsement.

“We need to operate in a different way,” he said. “Beyond Recovery and the Three Principles they teach is the other way. I have never been so sure of something before in my life.”

Jacqueline spent the next year researching addiction and 12-step recovery programs, as well as other paradigms that hinted that such treatments were not very effective. Along the way, she found her passion.

She spent a year working with people for free, mostly just talking with them. The principles poured out of her without her even thinking about it.

“Surprisingly, I started talking to people about the inside-out nature of life,” she said. “I just loved it.”

In 2014, she was introduced to Scott Davidson and others at Phoenix Futures, which works in many prisons in the UK providing treatment services to prisoners. She submitted a proposal for a pilot project – Beyond Recovery – that summer and it was approved in 2015.

The programme started in the summer of that year and has already seen significant improvements in prisoner behaviour, as measured in a variety of ways. A research project on the programme will be published later this fall showing further evidence as to its effectiveness.

Jacqueline said the initial programme for prisoners lasts just two-and-a-half days with five brief follow-up sessions. It is anything but prescriptive.

“All we’re doing is introducing them to the Principles,” she said. “It shows you who you are right now and how the Principles are working within you right now. They start to see the truth of that and start to connect with a deeper sense of themselves.”

The prisoners catch on pretty quickly, Jacqueline said, and their behaviour starts to change.

“They are looking for a reason why life works in this way,” she said. “Once you know how a system works, you can rely on it. You don’t get scared by it.”

The programme now has the longest waiting list of any at the prison, she said. She anticipates that the prisoners may wind up having the biggest impact carrying this knowledge forward, both on fellow prisoners as well as on their families and friends post-prison, when they are released.

But the implications of this success among the prison population spread beyond the institutional setting, Jacqueline said.

“Beyond Recovery demonstrates the possibility of going from zero to a foothold, at least, in any situation and in any area in society,” she said.

“If it works in prison, there is nobody this couldn’t work with.”